See the Steps We Are Taking to Keep You Safe from COVID-19 >>
Home / News / Will Smith, Colonoscopies and Colon Cancer Myths 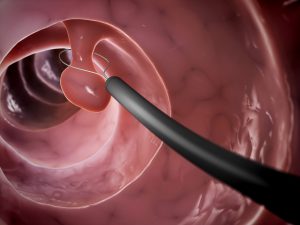 You may think you do not need a colonoscopy because you feel healthy. Will Smith made the same assumption, but he was wrong.

Smith, 51, was a little late in scheduling his first colonoscopy. The U.S. Preventative Services Task force recommends adults begin colon cancer screening at age 50, but African Americans should get screened earlier. In fact, the American Cancer Society suggests colon cancer screening for all adults at average risk for colon cancer should begin at age 45 because young onset colon cancer incidence has steadily increased each year.

As a joke, Smith decided to create a colonoscopy vlog for his YouTube channel. He felt perfectly healthy, and he thought his video would amuse his fans. “I’m 50,” he said, “so people need to look up my stuff.” 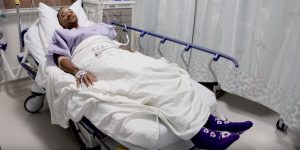 After the procedure, Smith thought everything was normal. A few days later, he received a phone call from his gastroenterologist, Dr. Ala Stanford, saying he had a “tubular adenoma with precancerous tissue.” The doctor explained to Smith that he had a type of precancerous colon polyp, a small abnormal growth in the colon. She said many people have the faulty assumption that colon disease always has noticeable symptoms.

“Had you not known, it continues to grow and grow and grow,” Dr. Stanford said. “And African American men in particular, the right colon is where cancer is high. … You would’ve had fewer typical symptoms. And by the time you presented, it could be full-blown and spread throughout your body.”

Smith said, “You know, when I decided I wanted to shoot this as a vlog, it was much more, ‘Hey, this will be cool. This will be fun.’ I didn’t realize that there would be a precancerous polyp that would get found out of it.”

Today, colon cancer is the third-leading cause of cancer death in the United States. However, most cases of colon cancer are preventable with routine screening. Unfortunately, many Americans believe common myths about colon cancer like these:

Avoid falling prey to these colon cancer myths. Follow Will Smith’s example, call your gastroenterologist and get screened today.